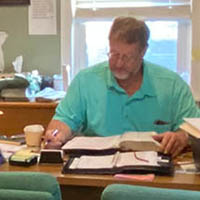 As we struggle through these very difficult times in our country we should always rely on God’s Word to help us to see the coming light despite the darkness. The account of israel becoming a promised nation is such a case.

Joseph, the son of Jacob (the son of Issac who was the son of abraham) played a key role in the development of Israel as a nation. Yet he was sold into slavery, placed in prison for something he did not do and suffered the mental anguish of being betrayed by his brothers. However, He never lost faith in god and eventually with God’s ordained help became the second in command to the most power nation (Egypt) at that time. His rise to power allowed Jacob’s small family clan to be rescued during the great famine, multiply in the land of Goshen and after tremendous struggles, enter the promised land as a mighty nation. God’s covenant promise to Abraham was fulfilled. God’s timing and God’s plan complete.

join us this Sunday morning at lighthouse bible church either in person or live stream to see part 2 of this fantastic Journey!